Monica is thrilled to learn that two of the projects with which she has been closely associated have been selected as Finalists for the Cindy Amos Tourism Champion Award to be handed out on April 20 at the Canadian Badlands Tourism Development Conference in Drumheller, Alberta.

She is justifiably proud that the Belles of the Badlands and the All Aboard! leadership (Cactus Corridor Economic Development Corporation and Hanna Learning Centre) have followed the clustering principle of “Alone we go fast; together we go further” to achieve results that are now being recognized throughout the Canadian Badlands.

Congratulations Belles and All Aboarders for your nominations. Congratulations to the All Aboard! team on your win. Photo by Cactus Corridor Economic Development Corporation

As a result of a workshop with the Youngstown School students last year, momentum has been gained for an economic development idea for the Village of Youngstown. On April 7, community members will gather to work towards a shared goal of economic revitalization stemming from a suggestion made by the youth of the town.

This won’t be a typical strategic planning or brainstorming session, but a fun, creative, and interactive community evening led by Monica Knight to get people’s feedback on a potential theme for Youngstown.

Monica’s facilitation seeks to combat the often fragmented ways with which we attempt to solve problems in a group setting. Attendees will think about YOUNGstersTOWN using unconventional activities to spark creative responses. Full Steam Ahead on the Prairies Monica was dressed appropriately when she arrived to work in Alberta at the end of January… Brrrr, winter on the prairies!

Despite suffering from a horrible cold while there, Monica can report that the “All Aboard” project in Hanna has expanded to the nearby community of Youngstown and the wide expanse known as The Special Areas.

You can read about the latest development by visiting the Cactus Corridor website – www.cactuscorridor.com

Downtown Hanna gets All Aboard!

Following Monica’s encouragement for Hanna to take realistic small steps to follow the All Aboard! theming – look at what was achieved by this group of volunteers: ATCO Power, Town of Hanna, Warwick’s Home Hardware, the Legion, and Cactus Corridor Economic Development Corporation! More excitement with the All Aboard! Project in Hanna as they continue to stay “on track” – three local businesses have agreed to put this decal in their windows to add flair to Downtown Hanna and unite the business core.

Thank you to The Emporium, Homestyle Pies and Country Charms Flowers & Gifts for getting “On Board”. Thrive in a Hive: Youth

In December Monica led a workshop with 120 students Grades 7-9 at J.C. Charyk in Hanna, Alberta. Read below for more detail: December 14, 2014
After working strategically in Hive building with the Hanna Rural Alberta Business Centre, Cactus Corridor Economic Development Corporation and the formed All Aboard! group, Monica was so pleased to launch a project that has been a year in the making: theming Hanna as a Railtown. The Hanna-Parker Showcase in November was just a segment of the theming – the Arts & Culture Component. Based off of Tony and Tina’s wedding, this adaptation of the play is set in the early 1900’s, engaging the audience in an entertaining feud between the Ranchers (Parkers) and the Railroaders (Hannas). Thanks to our “voluntold” actors and to the Hanna Museum for tending the bar. It was amazing to see the level of involvement from the community. Monica preparing for the “Wedding” Picture compliments of Mayor Chris Warwick’s wife, Angie from the evening of the decor and of Monica’s briefing to the Community. 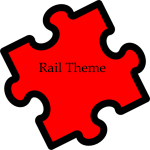 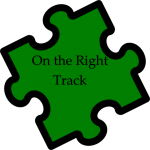 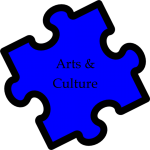 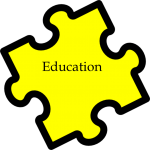